The following Guidelines for Clergy (Orthodox Church in America, 1998), approved by the Holy Synod and written by Protopresbyter Alexander Schmemann, address various issues surrounding Confession (the Mystery of Penance) and are considered normative in the Church today.

Confession, the mystery of reconciliation with the Church, must be regular and frequent. It must be an abiding element in the lives of the faithful, deformalized and revitalized as the most common and normal actions of a people continually united and reunited with each other and with God. See: On Spiritual Life in the Church, Encyclical. 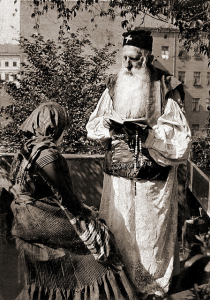 The Divine Liturgy is broadcast from Christ the Savior every Sunday on Ancient Faith Radio Talk, starting at 9:30am Central Time.

Complete the form below to receive the weekly email and parish announcements.